Ok, this is something I've been waiting for since (I kid you not) 1997... I was talking to my good friend Bill Bull back then who had just taken a job doing interface design for the BeOS and he said two things:

a) Apple can't afford to do this

b) even if they could, the technology just doesn't exist

Mostly true. The tech did exist in nascent form (the Newton) but it couldn't do what I wanted it to do. What I had in mind was a device like a clip-board that I could hold in one hand (or arm, you know.. like a clip-board) and write on with a stylus and which would have decent hand-writing recognition. I'm in the habit of printing in all caps, so the bar for that wasn't too high. I also wanted it to be ruggedized so I could use it outside, and I wanted a largish touch screen with decent graphics capability to include a digital camera. My thought was that I would use it to document my research for my anthro fieldwork. I'd be able to point the camera at whatever I was looking at, take a picture of it and write notes on the picture or embed it into a text document. I also thought it would be nice if the were some way to make notes on the where and when of each picture and maybe use that meta-data to organize my photos. I also figured that the camera would need to swivel back to face the user because this was the sort of thing you could use as a video-conferencing thing. Such was the faith I had in AOL's ability to force information down my phone line. Real blue sky stuff back then... of course so was my thesis, but that's another story.

This was always kicking around inside my noggin as the web and web browsers eclipsed AOL and Compuserve. Then there were the cameras and the GPSs and the WiFi and then the iPhone. All of the tech has finally matured and the iPad was announced today.

It's been called all sorts of things and it's been hailed as the savior of the old print media and all of that and of course Redmond has their fanboys too and they'll tell you that it's a POS because they'll have to accommodate something new at their corporate IT jobs.

Everyone (including Apple) seems to be missing the point. THIS IS A COMPUTER FOR PEOPLE WHO WORK WITH INFORMATION WHILE STANDING UP, OFTEN OUTDOORS. Namely, Doctors, Nurses, Archaeologists, Police Officers, people whose job it is to find lost underground fuel storage tanks for the EPA (me), The Clergy (maybe?).... You get the picture, it's a clipboard.

So why am I still waiting? Well the obvious point is that, even at <$500, I still can't afford one. Also, it's always best to let those with more money than sense buy the 1st generation of a product. They really are only buying a fashion accessory anyway. The real reason? Despite the fact that all of the tech I was dreaming about in '97 is now off-the-shelf stuff, there are a few glaring omissions from the iPad. These are the deal-breakers for me:

1. No camera(s). There's a camera in the iPhone and now that AT&T has their shit more-or-less together, you can send these pictures to other people. Not so on the iPad. This device actually needs two cameras, one pointing at the user (ala the iSight, standard equipment on all Macs) and one pointing away from the user to record whatever they choose to record. Both should ideally be video, rather than still.

2. No GPS. Again, this is something that took a while for the iPhone, but it's there. This is a mobile device. It needs to know where it is. And if you are taking pictures or video outdoors in some sort of official capacity, meta-data tagging like location/date/time is key. This is true even if you are doing this as a recreational activity.

Not a deal-breaker, but: I'd also like to see a true haptic interface. Input AND output. It's already got accelerometers, why not add a buzz/rumble/clicky sort of thing. Touch is a vastly under-rated sense in interface design.

The way I see it, there's just no excuse for these omissions. I'm sure there's a reason and I'm sure that they'll be fixed, but for now the grapes are sour.

I never read Eat, Pray, Love because it doesn't have any explosions or anything. Nevertheless, the author of this book has given a most inspiring talk on the nature of creativity and how we have elevated creative people to such a level that they either implode or become insufferable douche bags like Kanye West or this piece of work:

Next time one of your friends from Canada is prattling on about how we suck and they don't, just bring up this complete dip-shit.

Elizabeth Gilbert on nurturing creativity | Video on TED.com
Blogged with the Flock Browser

US businessman 'fakes own death'

A US businessman facing financial problems has apparently faked his own death by bailing out of his plane and letting it crash in a Florida swamp.

A man with Mr Shrenker's identification apparently checked into a hotel in Alabama after the crash, telling police he had been in a canoeing accident, before being seen running away into some nearby woods.

So,
I walked headlong into a light post and split my head wide open.

The blood was everywhere, cartoony stars and tweety birds were orbiting my head and my body vibrated like a tuning fork. I didn't cry though (not like that time in my thirties when I shit myself).

This happened about three weeks ago. I know that I've been somewhat remiss in my posting of late, but I'll try to be more conscientious in the future. The noggin is pretty well healed now, though I still have a bit of a mark. The pole however, made it through unscathed.

As far as news goes, most of you who are regular consumers of this interlogue are already aware that the lovely Yohannah and I are now married.  A lovely day that was and a great time for all in attendance I daresay. I am still unemployed at the moment and for those of you that know me and how I tend to react to this situation: don't worry, I'm still plugging away and not letting it get me down. A protestant work ethic is great if you have a job, but not so fun otherwise.

As far as not being in Mongolia goes, I'm pretty much digging it, though I miss all of my PC friends terribly. Mo, Sam, Chris and Robin (the Arvaikheer Junta) in particular. I went through a bit of a binge phase when I got back and got all tubby. Damn you Jack-in-the-Box and your juicy, delicious and always-available-from-inside-my-car goodness. I'm now on a strict no-fast-food and lots of exercise regimen. I also walk pretty much everywhere and so I supose it was inevitable that my big ol' noggin would collide with something. I'm just thankful that there were no innocent bystanders involved.

Next weekend Yoy and I are driving up to Reno for the weekend (and on up to Burney Falls in the Sierras, weather permitting) so I'm pretty excited about that. Coming back to America was nice and I love living with Yoy and all that, but Reno was home for me pre-Peace Corps, so this is more or less the final part of my homecoming. I lived there for 11 years and so it's a big part of my life.

This weekend I'm chaperoning for the state-wide DeMolay (Masonic youth group) conclave in Henderson. I'm pretty excited to be working with these young men, they're all really top notch guys and I'm proud to be involved in this.

The common loon is the state bird of Minnesota and, it turns out, the governor of Alaska.

Consider the following: this daffy broad named her eldest daughter 'Bristol'. As anyone who has seen an episode of The Fall and Rise of Reginald Perrin can tell you, this is Cockney rhyming slang for 'Tit'. And I'm not sure but I think 'Piper' is a hobbit name. Then there's Track. That is so over the top macho that the poor kid will either become a psychopath trying to live up to it or he'll start spelling it 'Traque', and we'll see him on Project Runway in a year or two bemoaning the total lack of taffeta in a camo print.  This brings me to...

WHAT?!?!?
This poor kid.  I hope for his sake, he's autistic. Why would you do this to your own child?

So anyway, here's a few anagrams of his most unfortunate name:

This is the crop formation that Yoy and I visited with my cousin Stephanie on the last day of our honeymoon. 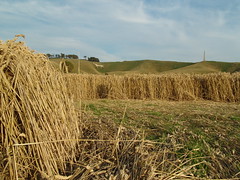 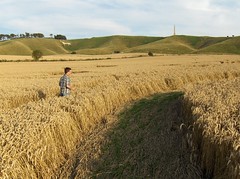 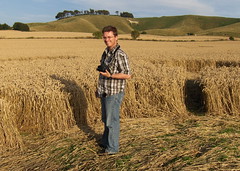 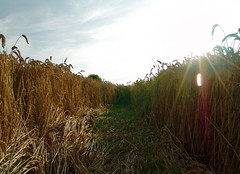 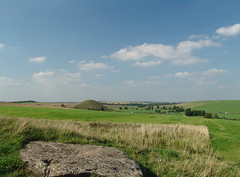 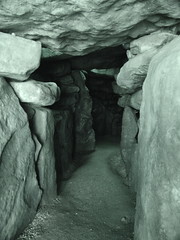 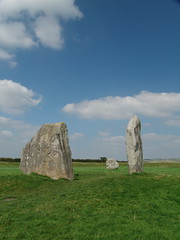 and of course, Stonehenge. 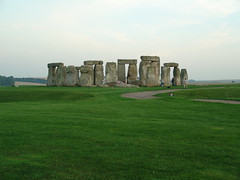 This is a protracted, muttony and vodka-sodden process and I really appreciated and enjoyed it. I of course have mixed feelings about leaving my Mongol friends and am worried about my students next year and all that but I'm glad to be on my way home. I'll be in UB for a week then home via Korea and San Francisco. 3pm Monday, Yoy has the exact hour and minute count somewhere I think.

His motive? ``He thought it would be funny,'' Briscoe said.

Yes, I'm a total Apple fanboy, guilty as charged. The main reason is that waaaaaay back when I first started using computers, MS-DOS (I blame it, not me) made me feel like a tard. This happens almost every time I use a PC, even to this day. I have thankfully figured out XP and can get things done with it, but when I was making the Bayankhongor movie, I had to use my friend's Vista machine (Mike's portable hard drive was formatted for Windows).  I wanted to gouge my eyes out. It turns out I'm not alone in decrying Microsoft's usability issues:

Remind me to tell you about the time he came into Roxy's and I made a 'martini' for him. Fun times.
Seriously though, I like this guy.

Blogged with the Flock Browser
Collapse